Suti Niemelä works as a steward while studying.

22-year-old Suti Niemelä chose tourism as his career path because he felt that it was a broad field in which he could also work on the business side.

– Tourism felt like a safe choice because there are a million different jobs and positions you can be in.

Additional factors reinforcing the choice were an interest in leisure travel and particularly in the aviation sector and airline cooperation.

Suti started his studies in tourism in 2015 at a vocational school by completing a double degree.

– I already knew when I went to my last school that I wanted to work in tourism. However, it took me a while to decide on the aviation industry.

In the autumn of 2016, Suti ended up going on exchange in Italy for one semester. During this time, he traveled a lot, which made him reconsider whether aviation would actually be his thing. After returning to Finland, he became confident that he wanted to continue with aviation.

In autumn 2017, Suti applied through his school for Finnair's own work placement called "Service guide", where he spent the rest of his final year at the vocational school.

– I was lucky, as through that I got a job for the summer and after that, the course was into the sky.

The reasons why Suti chose to come to SAMK were the quality of education offered and SAMK’s good international reputation.

– International students are well supported in SAMK and a lot of effort is put into creating a good atmosphere. These are the kind of things that intrigue me. I felt that SAMK could be the right place to study tourism.

In addition, SAMK’s orientation towards the future was one big factor influencing Suti’s decision to come to SAMK.

According to Suti, studying at SAMK has been very student-centred, meaning that all students have been listened to and each student has been taken into account individually, for example in the way the curriculum can be adapted to each student with the help of a personal study plan.

According to Suti, the first-year studies at SAMK have included some of the same things as he studied at vocational school. Nevertheless, he still feels that he has learned a lot of new things.

Suti feels that the studies so far have left a really good impression.

– We have been really well looked after and given enough time to complete the assignments. It is also great that the teachers ask us, students, for ideas and we are free to express our views.

Prospects for the future

In the future, Suti sees himself as being able to work in the tourism industry, for example in development projects or in some other types of big projects. He is particularly interested in code sharing practiced by airlines.

Suti recommends the tourism industry for all those interested in the field.

– The first job may not be the one you enjoy, but in tourism, it is possible to change from, for example, a shipping company to an airline on the fly. There are many opportunities. 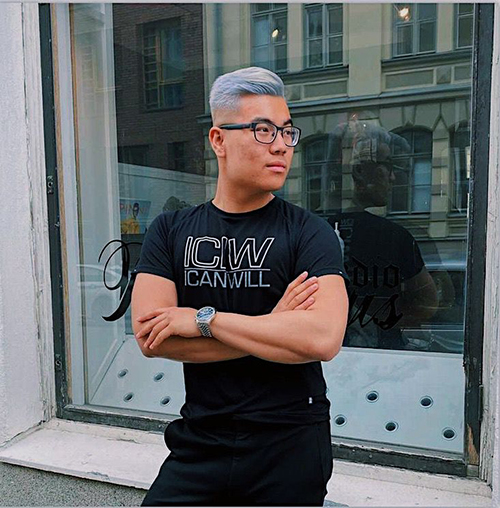 Sofia Hilli studies Tourism in English for the second year in the degree programme of International Tourism Management. One of her future dreams is entrepreneurship.

The question of the day: can tourism save the world?

Tourism is a hot topic. Can I travel anywhere “because I can”? Could I consider what the criteria are for choosing my travel destination, accommodation and purchases? Could travel enthusiasts make choices where they don´t feel they are giving up anything but instead gaining more? What kind of choices can tour operators make – and how about tourism service producers?
Oct 21, 2021 | Tourism business