The Vice President of the Republic of Namibia Dr. Nangolo Mbumba visited Finland, Estonia and Latvia in September 9–15, 2019. He was accompanied by a delegation of 30 representatives of various ministries and enterprises. SME Aisle project team members had a chance to meet the Namibian delegation. 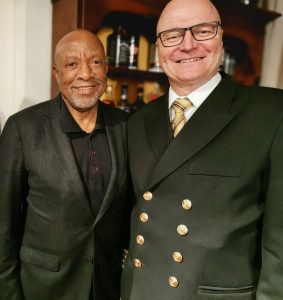 The project’s mission is to promote exports from Central Baltic countries to Southern Africa.

The Namibian delegation arrived in Finland for a two-day visit. Vice President, Dr. Mbumba met President of Finland, Mr. Sauli Niinistö and Prime Minister, Mr. Antti Rinne to discuss promoting cooperation between Finland and Namibia. The presidential reception took place at the Namibian Ambassador Bonny Haufiku's residence in Helsinki. There Vice President Mbumba spotted a sea-captain from the crowd. He was Captain Heikki Koivisto from the SME Aisle project!

The delegation participated in a networking event organized by University of Turku and Turku Science Park. Also, the SME Aisle project members took part in the event providing interesting presentations given by local educational institutions, companies and projects.

Meetings and networking in Estonia and Latvia 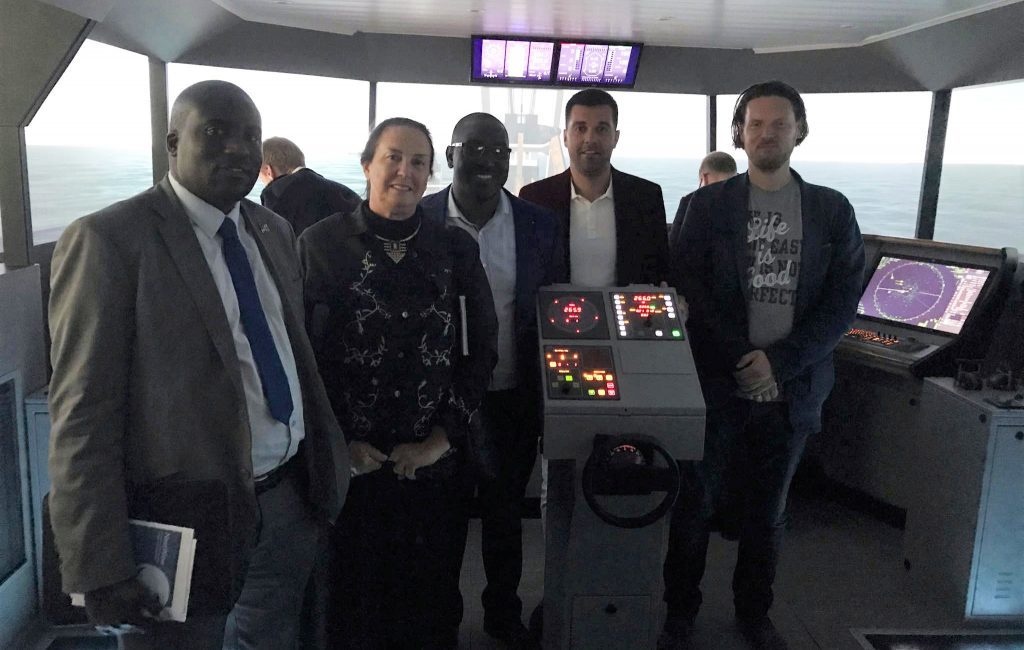 Participants learning about simulation activities at the Estonian Maritime Academy.

After the program in Estonia, the Namibian delegation visited Latvian Chamber of Commerce and Industry (LCCI) and the Association of Mechanical Engineering and Metalworking Industries of Latvia (MASOC). The event was organized in Riga and hosted by President of Latvia Mr. Egils Levits.

The delegation got familiar with the SME Aisle project and was introduced to various promising business sectors in Latvia, including machinery, metal works and ICT. The delegation also learned more about companies participating in SME Aisle project and visited Peruza company which is specialized in fish processing solutions and automation. In addition, LCCI held an informative meeting with President of Latvia about current cooperation with Namibia and about the opportunities in developing exports to Namibia and other countries in Southern African region. 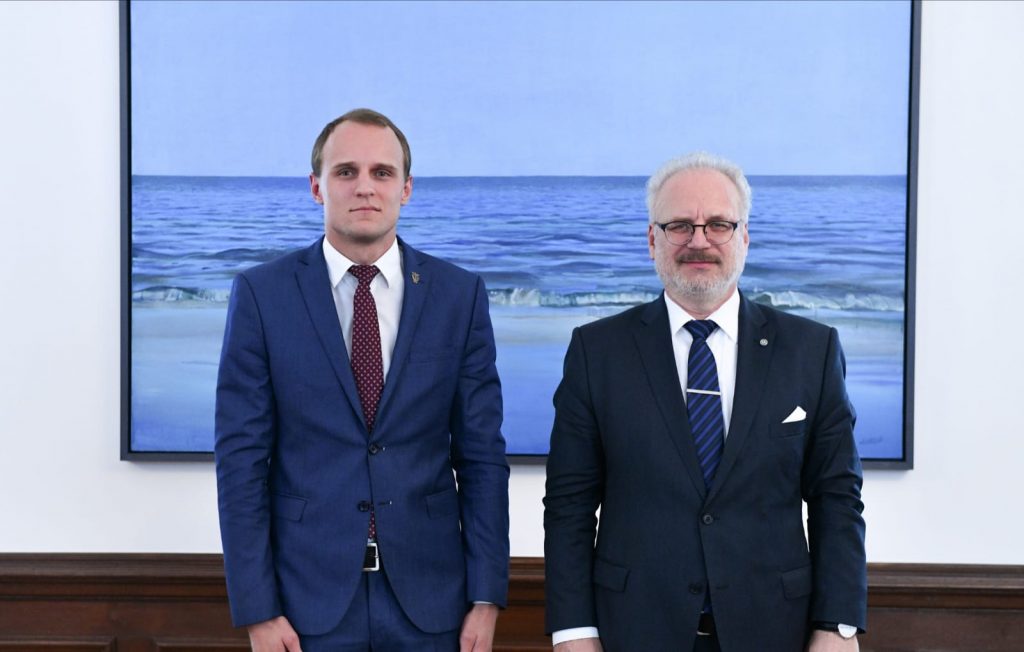 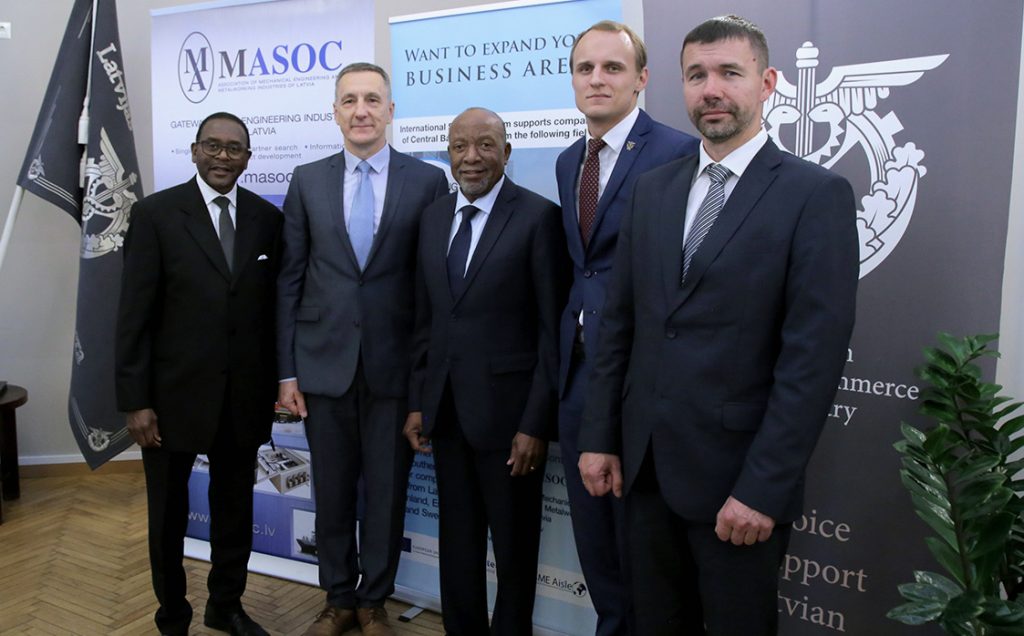 The Namibian delegation visit offered a great opportunity for Finland, Estonia and Latvia to further deepen their cooperation with Southern African countries, especially in the commercial and business sectors. So far, the SME Aisle project success cases in Namibia and Zambia include four deals: one in both renewable energy and ICT sectors and two in automation. Also, three joint ventures have been created: two in renewable energy sector and one in maritime sector. 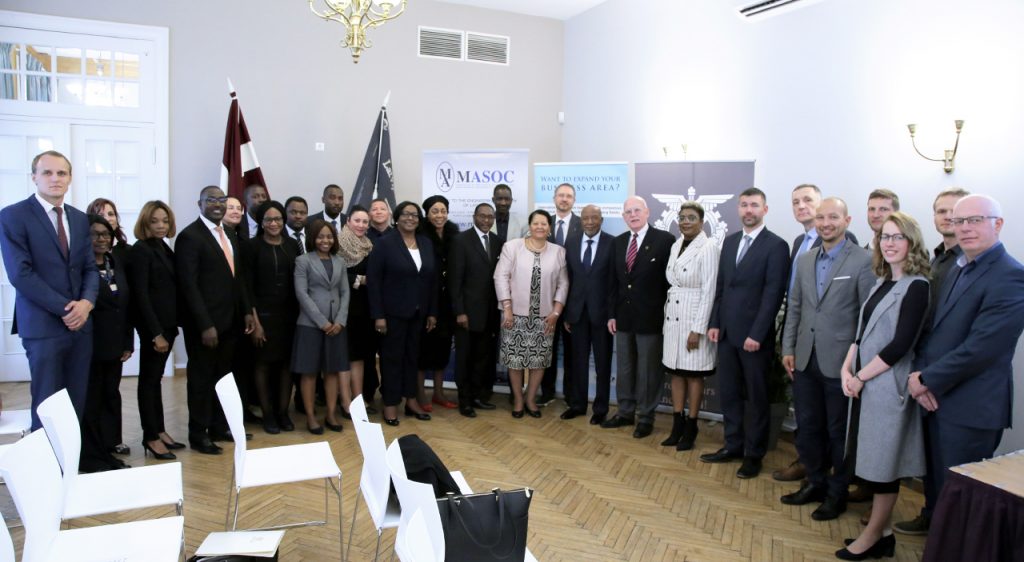 SMEs on their way to business in Southern Africa: towards new results with company coaching

SProject SME Aisle organized its second business delegation trip for small and medium-sized enterprises (SMEs) in April 2019. During the two weeks of travelling, the team and the companies visited Namibia, South Africa and Zambia.

The project SME Aisle conducted a business trip to Namibia in September and October 2018. Altogether 16 SMEs from Finland, Latvia, Estonia and Sweden took part in the trip. The next trip in spring 2019 is being currently planned.
Mar 12, 2019 | Seafaring

Seafaring is a global field: South African and European seafaring education are developed together