Monthly image: A part of series Magnados by Jukka Nokua

My works of art are abstract paintings and their idea is to express nothing. Painting nothingness often raises the question that if I paint nothingness why not leave the entire painting empty, writes Jukka Nokua, who graduated from SAMK with a Bachelor´s degree in Culture and Arts in summer 2018. 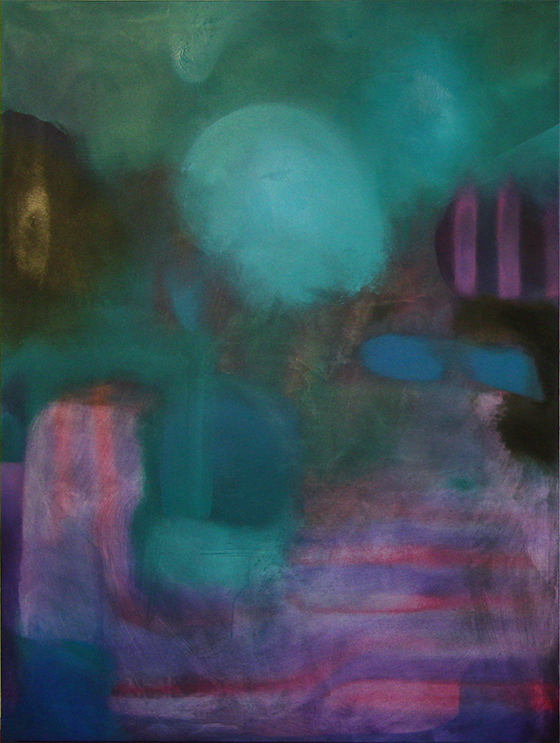 Space is not a vacuum, and it is full of dark matter and other matters. The word nothingness is often connected to an emotional state, although it is a purely material property. When Buddhist texts were formerly translated for the Europeans to read, the fundamental idea of dharma in Buddhism was wrongly translated to mean nothing. This minor translation error created indirectly the concept of nihilism and inspired many philosophers of the era, who again greatly influenced Western culture.

Nothingness does not exist physically in any form, and I do not refer to emotional emptiness with it. In reality, my paintings try to describe everything but because of translation error I rather call it nothing in the  European manner, because I just think it is so hilarious. The word universe can also be misunderstood as an overtly positive thing, which it is not.

Nothingness does not exist physically in any form, and I do not refer to emotional emptiness with it.

As a subject nothingness, or universe, can be understood as a massive whole, so I have defined the interpretation of nothingness on own inner aesthetic, which does not rest on set illustrated works in any way. For me it is the most pleasing but also challenging thing as a painter when I can´t rest my work of art on any ready-made idea.

Large ensembles have always interested me. It is interesting to see what they contain. I always rather concentrate on perceiving the big picture than getting stuck on small details. That´s why I like working on large series of paintings. An example of this kind of thinking: if you only see the negative sides of a matter, it will also appear like it. Likewise, forcibly focusing on positivity alone can lead to denying the negative things altogether, even though they should be intervened. Observation errors can shape our image of reality strange.

Every time I work I get feelings of insight and I paint because it´s fun. I have no need for serious-minded pompousness just to get my message taken seriously. It is perfectly possible to make art without lengthy reflection and it would be a pity if all the performed functions needed so called rational reasoning, when an artist can get far by relying on intuition alone. You can, of course, concentrate deeper on matters if you feel it is important for you or your art, or when being in the role of the spectator.

At  present I´m working in my studio Verkkogalleria in Seinäjoki and things have taken off nicely. When I´m not in my studio, I focus on other things. I´ve been preparing for long my visual novel called “Chaos must be accepted”, which can be downloaded free of charge on the net. It is not directly related to my art but I´ve noticed that Art School has clearly been beneficial in creating it. The education of an artist makes versatile competence in the visual field possible and it is worth utilizing that quality.

Jukka Nokua was born in Kauhava in 1991, graduated from the Bachelor´s Degree Programme in Fine Arts in Kankaanpää in 2018 and now lives in Seinäjoki.

Monthly image The Best Song Ever by Einari Hyvönen

With the themes of my art I participate in social debate on current issues, and the importance of the internet and digitalization as an essential part of our everyday life. The humour in my works is depicted by laughing through the tears, a bit like Face with Tears of Joy emoji added to Oxford English Dictionary.

I work and live in Pori. Day by day I become more and more rooted, new places of the heart are born near and far, something that I´m proud to present for the whole world. The beginning in all of my art and the cradle for my creativity is water.
Feb 19, 2019 | Arts

Monthly image: A Portrait of a Mountain by Julia Kukkonen