Teaching of mathematics in upper secondary schools is still quite conservative. Yes, digital tools and gamification are used in teaching, but the use of technology could be much more diverse. The international Erasmus+ funded GAMMA project (GAMe-based learning in MAthematics) aims at innovation and design of math games based on the game-based learning (GBL) method in collaboration with mathematics teachers and students at the Pori Lyseon Lukio upper secondary school.

In the math game designed by SAMk and Pori Lyseon Lukio upper secondary school you learn and practise geometry. The player can choose whether to proceed with easier tasks or the more advanced. This way you can gain know-how little at a time.

There is a growing need for STEM skills (science, technology, engineering, mathematics; science, engineering, engineering, and mathematics) in today’s working life. The GAMMA project tackles precisely these topics and the priorities set by the European Commission in the 2018 Digital Education Action Plan. At the same time, new creative and modern methods are being innovated to teach math to young students.

The most ideal way to motivate students to choose STEM subjects in higher education is to create a learning environment that combines visual, auditory, and kinesthetic features with verbal and nonverbal knowledge. One good way to add these is to use educational games to engage and build an understanding of math.

– Studying math is made more meaningful by bringing the tasks to the natural learning environment of today's young students, where they already know how to act and move forward, reminds Janika Tommiska, a research teacher who is involved in the innovation and development.

This is clearly a new dimension to the development work of STEM subjects promoted jointly by us, SAMK and the City of Pori.

Motivation for students in different levels 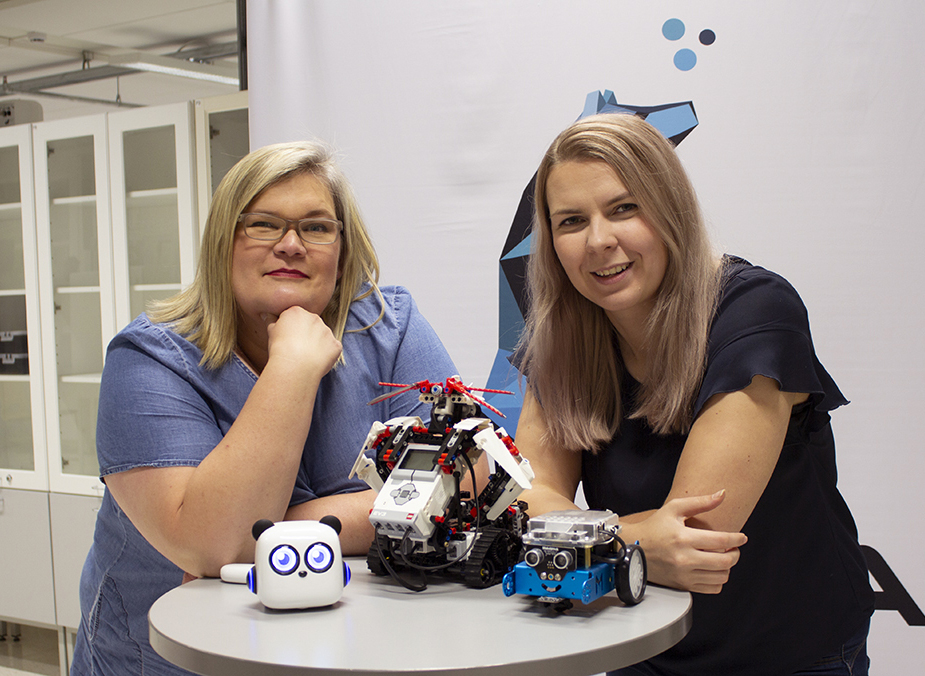 Mirka Leino and Janika Tommiska are also involved in the Gamma project.

In addition to Tommiska, researcher Antti Koivisto as the game coder and principal lecturer Mirka Leino from SAMK are participating the innovation work. The idea for the game came from them and in collaboration with the math lecturers of Porin Lyseon lukio, game elements have been developed. The high school lecturers have a responsibility to produce tasks at different levels for the game. After the first version of the game is completed in the fall, high school students will act as game testers, based on whose experience the game will be developed further.

The collaboratively designed geometry-oriented mobile game is built to take into account different levels of knowledge: Students get the opportunity to solve mathematical problems at their own pace, and try to solve them over and over again whenever they want. With these “positive failures,” a student can be motivated to try even more difficult tasks. Indeed, studies (Kut et al., 2014) have found that game-based learning retains learned skills and knowledge longer than other teaching methods.

The revolution of math teaching

– There are not yet enough research results on the quality of learning through Game Based Learning, but it is clearly a more motivating and inspiring way for many students to study compared to the traditional one. The aim of the game is to involve those students who cannot cope with the lessons or are unable to accept the teacher's instructions, Mirka Leino points out.

Tommiska and Leino believe that the use game-based learning will increase in mathematics in the future: because of its pragmatism and clarity, it is easily transferable to the game world. However, they point out that there are significantly fewer learning games available for upper secondary students than for younger children.

The project also provides a new element for regional collaboration.

– This is clearly a new dimension to the development work of STEM subjects promoted jointly by us, SAMK and the City of Pori.

During the two years of the international Gamma project (GAMe-based learning in MAthematics), teaching materials, teaching scenarios and related math games are created, which include topics according to the mathematics curriculum for students aged 14-18. The university coordinating the project comes from Croatia and in addition to SAMK and Porin lyseon lukio upper secondary school there is a university from Greece and the Netherlands as well as upper secondary schools from Greece and Croatia.

The aim of the project is to raise the awareness of teachers and students about various digital math games and to improve their math skills in connection with them. The project will also develop learning materials for math teachers interested in GBL based on digital technology, as they will play a key role in guiding of students. 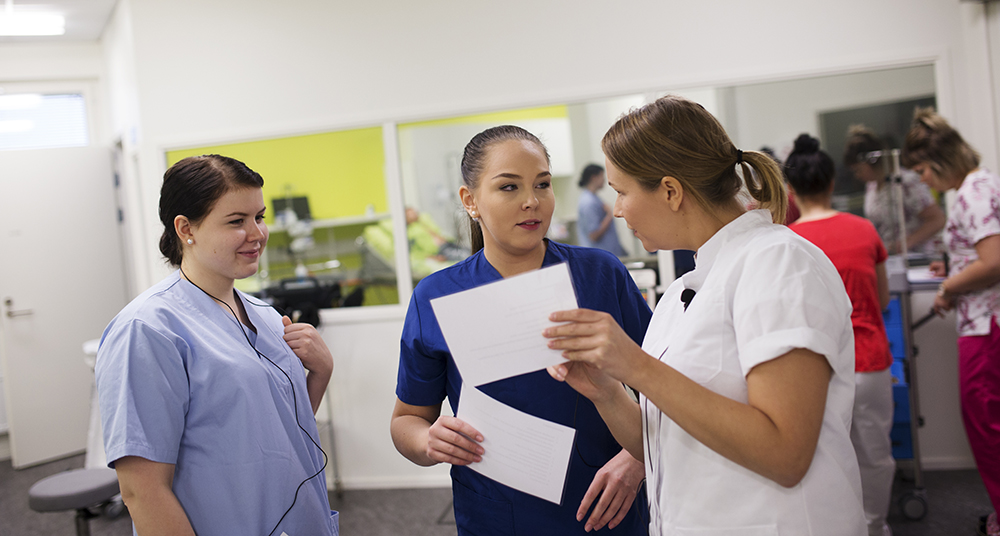 The application period for SAMK's degrees has ended. There were a total of over 6,200 applicants for degree programmes in English in the autumn.

The well-being of students is our number one priority