Satakunta has unique high-tech industrial parks in Pori and Harjavalta, where large international companies process technology metals (copper, nickel, gold and silver) and manufacture high-tech metal products such as rare earth permanent magnets, superconductors and battery chemicals. The online method based on laser spectroscopy, developed by RoboAI Green experts, is hoped to be a future tool for industry to increase the share of recycled raw material and to monitor the process. Pictured are Hannu Henttinen, Pekka Suominen and Timo Santa-Nokki. 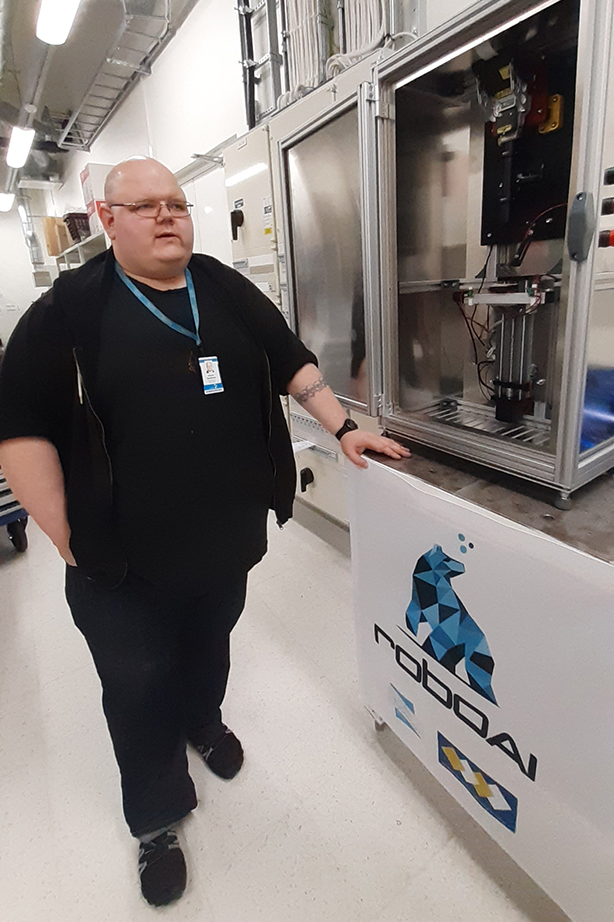 Project worker Hannu Henttinen has been responsible for the mechanical design and construction of a the laser spectrometer and the first tests on samples from companies testing the first samples from companies. – Experience as a lab technician made the task easier, as I am familiar with the operation of the spectrometer and taking samples, says Hannu. – Only one in a hundred could do the job in the time required, so Hannu has special skills, says Suominen.

RoboAI Green, a of the RoboAI Research and Development Centre, which was started in autumn 2021, focuses on research related to the circular economy of technology metals. Pekka Suominen, Project Manager and Senior Adviser in RoboAI Green, has a long research and product development background. For the last 12 years he has been the CTO of a  start-up company he founded, and has been involved in international trade and technology development with Asian and European partners. Prior to that, he was a Fellow researcher at the European Organization for Nuclear Research (CERN) in Switzerland. At the same time, Suominen has worked closely with Prizztech Ltd, a Satakunta region business development company, and with industrial companies in Satakunta.

The circular economy of technological metals is a key priority for several industrial companies in the Satakunta region. In the copper, nickel and battery materials industries in particular, pressure for more environmentally friendly solutions are constantly increasing and legislative requirements are becoming stricter. For example, the EU directive under preparation sets a minimum level of recycled raw material in battery production of 12% by 2035. As the demand for metals continues to grow, efficient recycling methods will have to be developed for the future industrial processes, in particular for the technological metals used in batteries. The key to recycling is the identification of the different metal fractions and hence correct recycling.

– For example, small batteries may contain substances that are harmful to the recycling process. In practice, a single battery containing cadmium can ruin a whole batch of 10 000 recycled batteries, says Suominen.

As the demand for metals continues to grow, efficient recycling methods need to be developed for the technology metals that will enter industrial processes in the future. 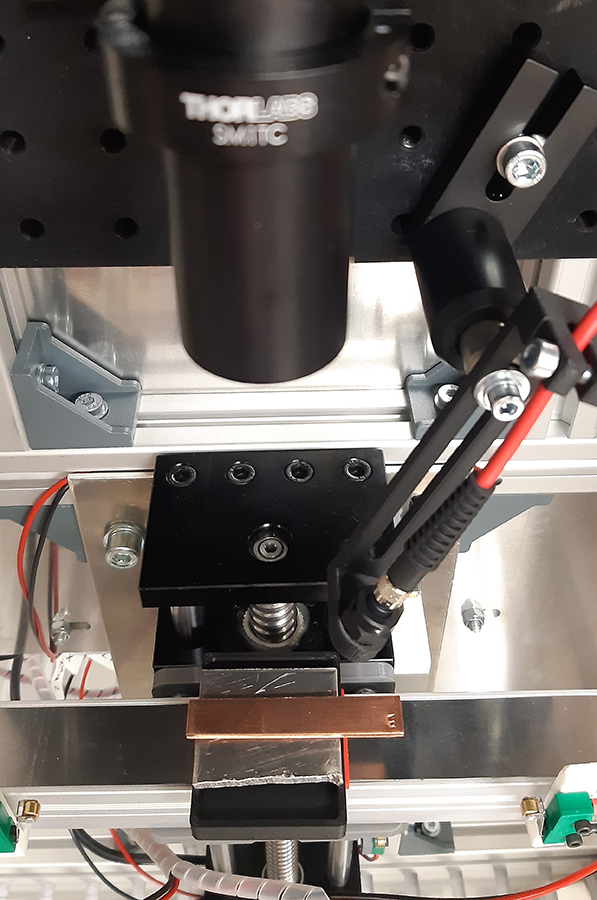 The laser spectrometer was designed and built by RoboAI Green experts. There is nothing like it available on the market.

RoboAI Green researchers have developed a new online method based on laser spectroscopy and artificial intelligence that allows the chemical composition of raw materials to be analysed mid-process, for example directly from the molten mass. This avoids harmful substances, controls the amount of recycled metal and optimises the process.

The system shoots a short and powerful laser pulse into the material to be analysed. The power density on the surface of the material is so high that the material vaporises into a plasma. The material is ionised and the free electrons in the plasma move away from the ground states, i.e. become excited. As the excited states discharge, electromagnetic radiation is emitted, the wavelength of which depends on the elements in the sample. A spectrometer can be used to separate and measure the wavelengths. The AI identifies the relevant signals from the vast amount of data, interprets them quickly and accurately, and thus determines the elemental content of the object to be analysed.

In the future, RoboAI Green will be recognised nationally and internationally, especially as an expert organisation in metal recycling. 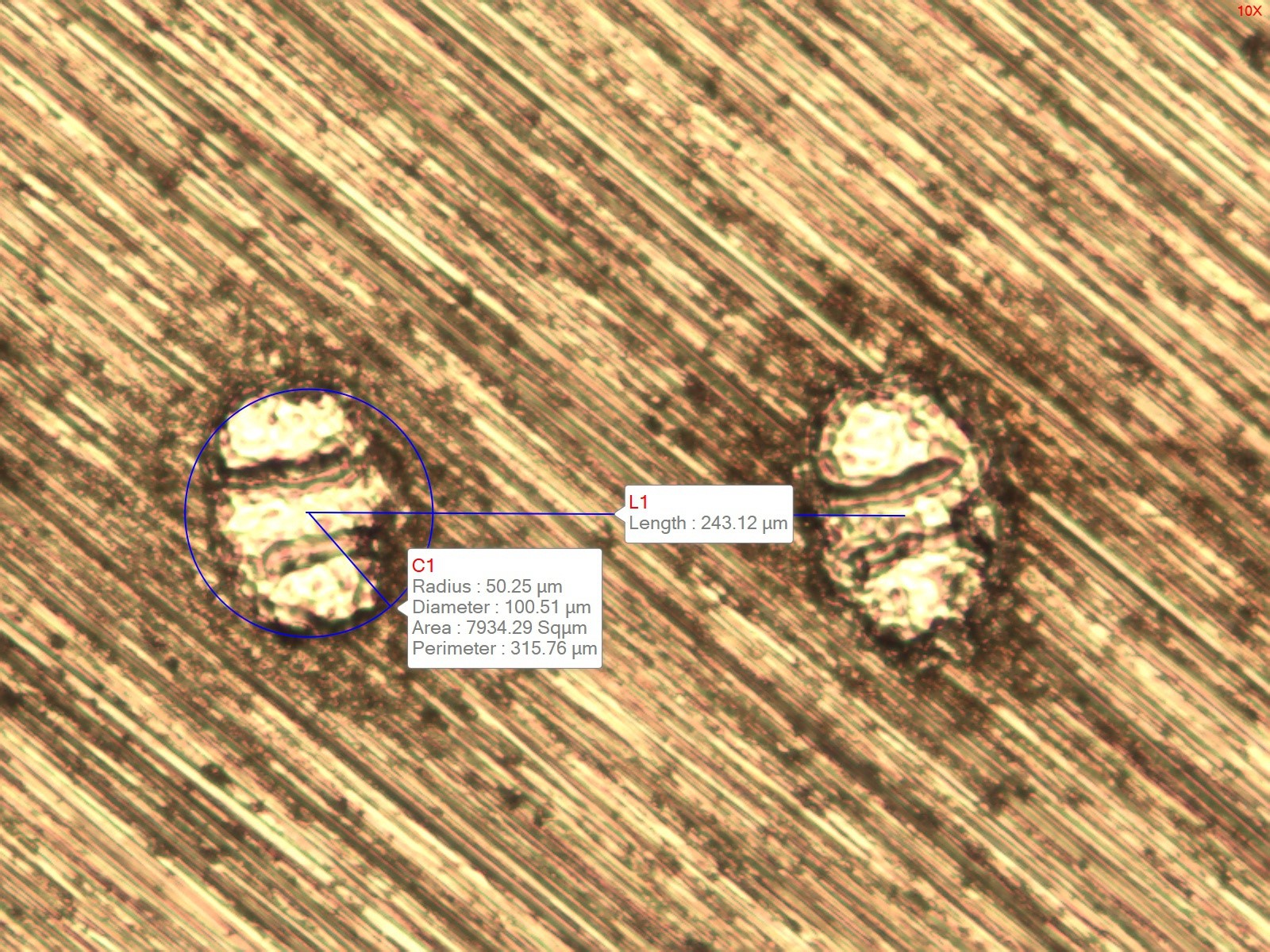 The traces melted by the laser pulse on the surface of the aluminium sheet are only visible under a microscope, they are barely visible to the naked eye.

Working together to increase competitiveness

– Research and collaboration with companies is very important in the circular economy of technology metals, not only regionally, but also nationally and internationally. After the first results of the study, industrial companies in the region are very interested in the method we have developed. Companies in the Satakunta region, especially in the process industry, have had a great need for highly skilled workers. SAMK, Aalto University, Satakunta's metalworking companies and the City of Pori have started a cooperation to meet this need. A process engineering pathway began in 2020 within SAMK's Energy and Environmental Engineering degree programme, after which students will be able to apply for the Master's degree in Sustainable Metals Processing at Aalto University. This is something we are also trying to promote. Suominen sees a bright future for RoboAI Green.

– In the future, RoboAI Green will be recognised nationally and internationally, especially as an expert organisation in metal recycling. Companies would turn to us if they wanted to improve their recycling process, Suominen says.

RoboAI Green is a REACT-EU project funded by the Satakunta Federation and co-implemented by Prizztech Oy.

The research unit of the center's well-being and health research has been renamed RoboAI Health, and Tiina Mäkitalo, Research Manager who started working in November, will be responsible for its development. The recycling study of technology metals will be known from now on as RoboAI Green.

– Problem solving and team working skills are in the center of this event, but we will also find out how full of new ideas we all are! The event bristles with energy, relaxing atmosphere encourages participants to think outside of the box. This is how M. Santeri Koivisto, SAMK expert and one of the responsible organizers of the event, describes RoboAI Innovation Challenge.
May 20, 2019 | Technology 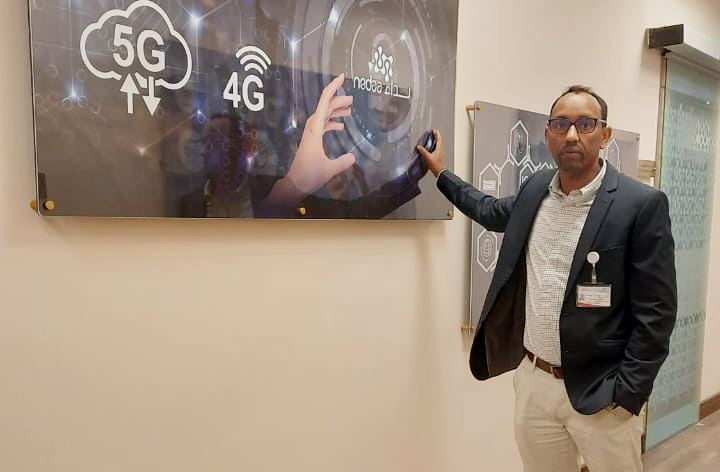 Ahmed Mohamed has a varied and interesting educational and professional background. He studied for his first higher education degree at SAMK in the 90s.