Some of the awarded employees were photographed after the event. On the foreground, from left Sari Merilampi, Mirja Vähä-Pesola, Sanni Tuominen and Johanna Ventelä. Back row from left Teppo Hjelt, Jussi Kärki and Katrin Kippasto.

SAMK library was chosen as the success story of the year, thanks to, for example, their significant work on developing digital services. The service attitude of library staff was also praised.

The initiative of the year was made by Senior Adviser Esa Rahiala. The initiative concerned an increase in the maximum time limit for remote work contracts under normal conditions. In his initiative, Rahiala proposed to increase the maximum amount of remote work to at least three days per week under normal conditions. His argument was that the employee could then receive the full workspace deduction in taxation. This change would encourage employees to invest in the ergonomics of their remote workspaces.

The communicator of the year award went to Meri Olenius, who has brought forward her work and SAMK activities in social media in a versatile and positive way. Arguments for her selection were, for example, that she is easy to work with and she always manages her own palette with confidence.

The teacher of the year was awarded by Student Union SAMMAKKO on the basis of a student vote. Senior Lecturer Timo Hannelius was chosen as the teacher of the year. Students describe him as a relaxed and professional teacher with a clear interest in the subject that he teaches. His working manner was described as excellent and motivating. His attitude was also praised, described as friendly, enthusiastic, and interested in students.

The staff selected SAMK person of the year from among its members. The argument for the selection was that the person’s actions create a positive image of SAMK. Her work reflects joy in doing and a desire to help. The person is a promoter of team spirit, an encourager, an innovator, a developer of well-being at work, and a creator of a united SAMK. This year, Mirja Vähä-Pesola, Faculty Secretary, was chosen as SAMK person of the year. 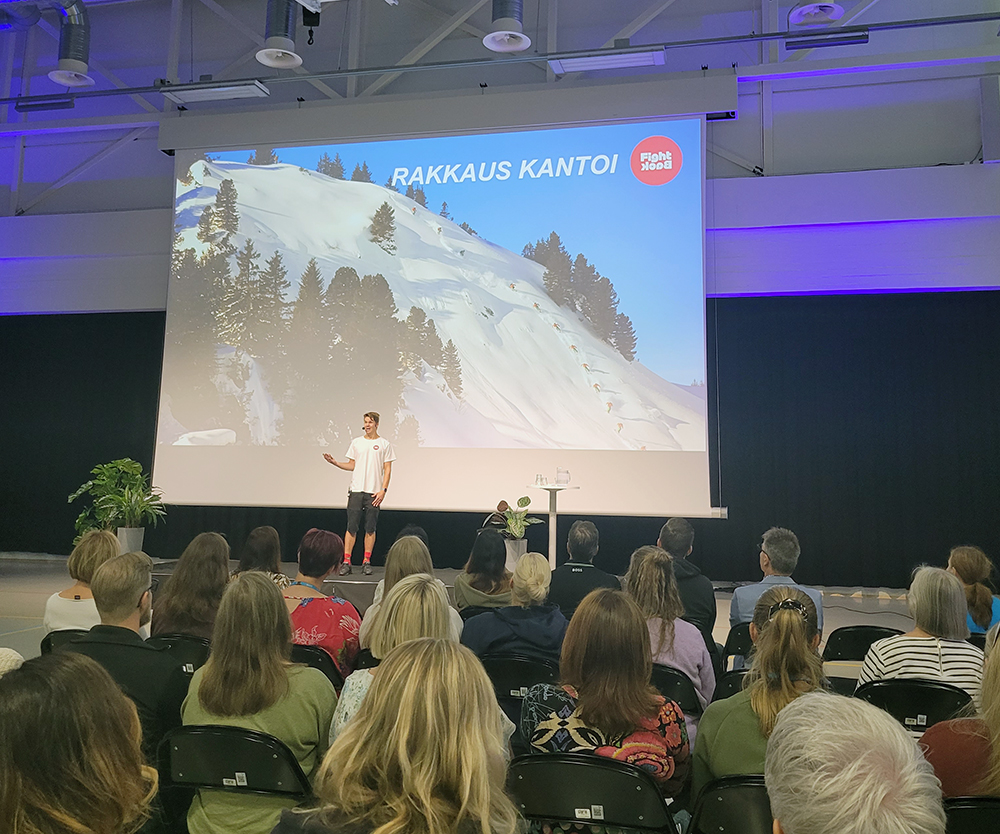 SAMK organises an annual staff day to review current issues and give awards to deserving employees. This year’s theme for the day was team, safety and work community (in Finnish TTT — tiimi, turvallisuus ja työyhteisö). The keynote speaker was Pekka Hyysalo (pictured), developer of the FightBack brand.

Universities of Applied Sciences follow their graduates five years after they have got their degree. The aim of the survey is to find out how they have been integrated into the job market and how happy they are with their degree.
Jun 14, 2022 | SAMK