A suggestion from a friend changed the choice of education for Kanerva Myllynen. Previously, it had never occurred to her that she could make a job out of seafaring, even though she had been sailing all her life. Now Kanerva is studying her first year to become sea captain and has found it interesting and inspiring.

Kanerva at her study place on the Rauma campus in Merimäki.

Kanerva Myllynen became interested in studying to be a sea captain in the second grade of upper secondary school. At first, she dreamed of becoming a doctor. A course on physics in the upper secondary school, however, got her to reconsider her career choice. Later, a discussion with friends eventually changed her course when a friend suggested this field to Kanerva.

The idea had never crossed her mind, even though she had been sailing all her life. The sea had played an important and ordinary role in her life because of her hobby, but she had not thought that she could make a career out of it. A sailing background helped her in her decision to apply for a university of applied sciences.

Education in English was an obvious choice

Kanerva chose to study in a degree programme taught in English, because she thought it would be most useful, given that her working language will also be English.

– English comes in practical situations, so you learn it in an entirely different way, Kanerva says.

Kanerva has only been studying for a few months, but she says the practical exercises are the most interesting ones.

– For example, the safety course included a rescue exercise in the campus swimming pool and the lifeboat ride at sea was great. The course called ‘Knots and Splices’, which included, amongst other things, knots and cargo securing, has also been interesting.

The studies have clarified Kanerva’s idea of what to expect from the job of a sea captain in the future, as the teachers in the field are mostly also sea captains. They are familiar with the practical sides of the work, which gives students realistic and comprehensive knowledge of the industry, in addition to the theoretical side.

Kanerva has been looking forward to the upcoming on board training

Kanerva has been looking forward to the on board training, which will last the whole of the spring semester and continue till autumn. She is most interested in cargo ships and tankers as training placements, not so much in passenger ships.

In total, the studies include approximately a year’s worth of practical training. On board training periods alternate with theoretical ones. Kanerva does not find the theoretical parts boring at all, as they are based on practical work.

In general, the studies take place at the school's premises on the Rauma campus in Merimäki. Kanerva likes it there because it is peaceful and quiet.

Kanerva has found the teachers to be competent and qualified. The best thing is that they get up-to-date information from the field. For example, one of the teachers works on a ship and teaches students on the days off.

– There are teachers and students on the campus who are interested in this particular field. That's why there is a good team spirit. If they don't know something, they find out, says Kanerva.

A job on an ice-breaker?

Kanerva sees ice-breakers as one of the most interesting workplaces for her in the future.

There are job opportunities both in Finland and abroad.

She hopes to work abroad, at least for some time, but not necessarily in the long run. She is keen on traveling, but is content with Finland as well and doesn’t mind the cold. 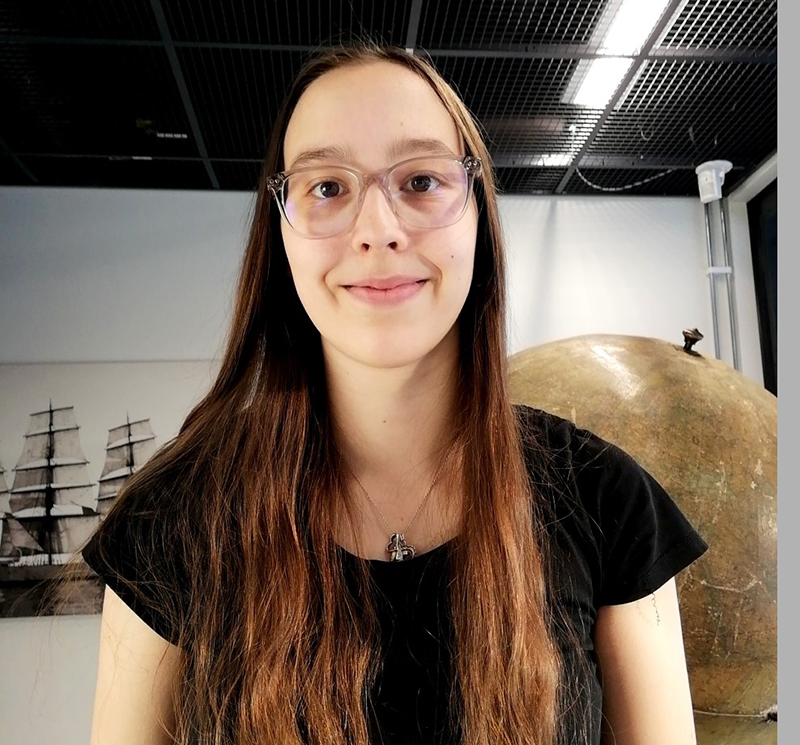 Master of Maritime Management is a higher education degree intended for sea captains and marine engineers. Dmitry Chutchev has been working on ships since he graduated from the University of Water Transport in Saint Petersburg with a Marine Navigation degree in 1996.

Rauma Maritime education is celebrating its’ 140th anniversary. The education has gone through many development stages during a century. Intelligent maritime management and logistics are nowadays essential parts in SAMK strategy.
May 5, 2021 | Seafaring

Anu, the new Faculty Secretary in the Faculty of Logistics and Maritime Technology