SAMK is strongly involved in developing business in the Baltic Sea region. Networks and understanding of foreign partners are a competence base which we want to share with the students and other interest groups.

Satakunta University of Applied Sciences has succeeded well in the three funding rounds of EU Interreg Central Baltic Programme.  The programme funds concrete development projects where the work is done at a local or provincial level, but through international co-operation in Finland, Sweden, Estonia and Latvia.

What are the projects all about?

In a few years, SAMK has risen to be a developer of the central Baltic Sea region.  The BOOSTED project develops know-how in tourism business to strengthen the competitivity and attraction of the Baltic Sea region as a uniform tourism destination.  For example, the increasing Asian market requires new know-how when productizing and marketing extensive entities.

– We have taken a strong role in the Baltic Sea region and now we have been recognized as such that a role can also be given to us, both Renfors and Keinänen-Toivola say.

SAMK has a leading role in five projects altogether in the central Baltic Sea region and is a participant in three others.  One of the new projects, started in March 2018, SME Aisle, promotes the export of a maritime cluster to Southern Africa.  The other one, NatureBizz, strengthens the knowledge of green, nature-friendly business and entrepreneurship.  The project includes a training piloting.

What is the benefit for Satakunta region?

Other projects involve nature environment as well, such as purity of sea and recreation services.  Waterchain, led by Merja Ahonen, improves the water quality in the Baltic Sea, with experimental watersheds among others.

– A healthy sea supports human well-being and business. The sea is a recreational source, but in many ways also big business, Keinänen-Toivola says.

PortMate works for safe and environmentally friendly small harbours.  In practice, there are instructions for boaters, such as videos to YouTube, and environmentally friendly investments in harbours.  Thanks to the project, 19 of these small harbours in the Baltic Sea region offer now better services.  Five harbours in the Rauma area are involved.

– The natural resources give huge potential in the service production of the Baltic Sea region, Renfors says.

SAMK is a port to internationality for many small actors

This kind of understanding and networks are a huge knowledge base, which we want to convey to our interest groups and utilize in education.  BOOSTED has internationalized SAMK’s English degree education in tourism, which now includes an educational entity produced in the project.

Success rises from a solid base

SAMK is big enough to acquire and lead projects.
– We are a port to internationality for many small actors. A professional touch supports planning and implementing large development projects, Keinänen-Toivola and Renfors say.

Competition for international funding is tough, and the doctors emphasize that it is not a question of individual projects alone but to think about the knowledge and projects in a broader perspective.  Projects don’t come from nothing.

– It takes a year to plan a project in an international network. One must invest in the background process – the more you invest, the more positive you can be about the funding, Renfors describes.
– We already do things which comply with the EU Baltic Sea strategy, and in addition, we can make an application, which shouldn’t be ignored either. Besides, we have thought about how to convey results.  We have received positive feedback e.g. on an unusually fresh communication in Waterchain, which communicates a.o. in Twitter and with videos, Keinänen-Toivola tells us.

Results to be utilized now or soon:

Further information on the projects: samk.fi/projects 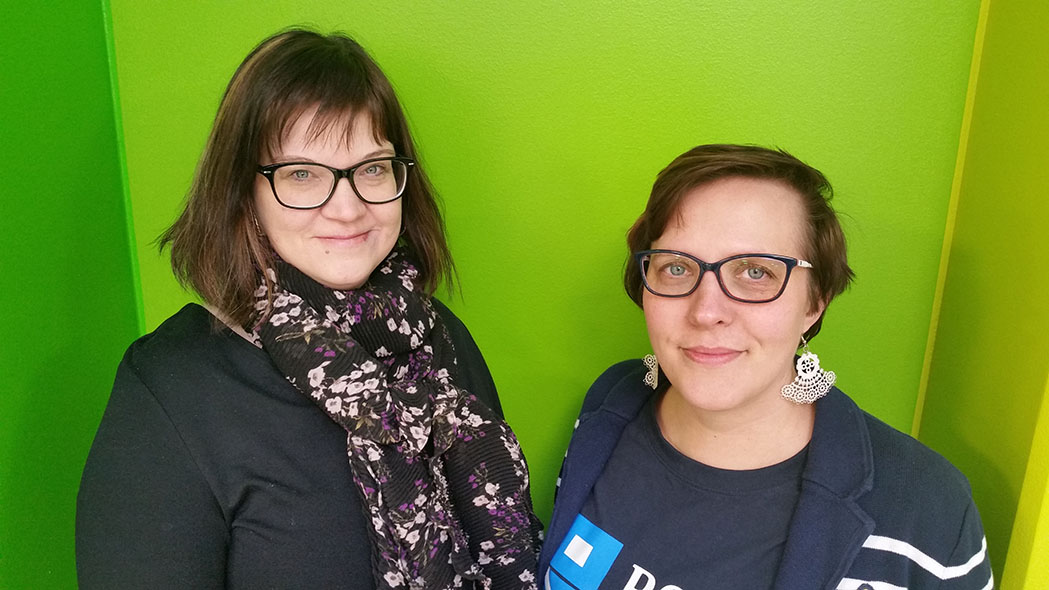 In addition to the projects mentioned in the text, SAMK participates in three projects in EU Interreg Central Baltic Programme: an export network of wood product branch to China, indoors hygiene for building trade in the Middle-East and boosting of maritime transport between Finland and Sweden.

The development of tourism in the Baltic Sea region has become more international. The number of international tourist arrivals has increased by 50% since the millennium. This requires skills development and similar professional skills in the tourism industry across the region.

Small ports feature several safety risks. These risks can be reduced to a minimum with small changes in protocol.
Jan 16, 2018 | Technology