Project promoter of the year was rewarded for the first time

Traditionally SAMK rewards distinguished members of the staff in the annual Staff Day. This year, for the first time, even an active project promoter received recognition for her work.

The reward was granted for Project Manager Minna Keinänen-Toivola. She is characterized as an outstanding networker, who has opened doors through various project partnerships and who has actively engaged in international co-operation. She has also proved to be phenomenal in merging the needs of companies into coherent project entities.

The service centre Soteekki was nominated as a success story of the year. Soteekki is a learning environment for entrepreneurship. Over its ten-year development period Soteekki has become a significant developer and provider of student-centered health and wellness services.

Soteekki helps students to develop and polish the skills needed in becoming successful entrepreneurs. While working at Soteekki, they also learn important client work skills. We have received a lot of positive feedback from students who have particularly appreciated the multidisciplinary collaboration, where the plans are drawn up in cooperation with students from different health care professions”, tells the person in charge of Soteekki, service coordinator Heli Lamminen.

As the publication of the year was elected a science article “Mobile Games Individualise and Motivate Rehabilitation in Different User Groups”. The article was written by the members of the research group Well-Being Enhancing Technology  Antti Koivisto, Sari Merilampi and Andrew Sirkka. The article was published in the Journal of Game-Based Learning. The fact that this article has had scientific significance weighed a great deal in the selection process.

Teacher of the Year

Teacher of the Year was nominated by the Student Union SAMMAKKO based on the outcome of student voting. The awarded teacher, lecturer Harri Heikkinen was praised for dedication to his academic field and for taking genuine interest in each of his students. “A well-versed pro, who has nerves of steel, all-in-all a real stand-up guy”, as one of the students described him.

The best initiative of the year award was granted to information specialist Katrin Kippasto for her idea to give each graduating student a congratulation card reminding them that they continue to be welcome to use the services of SAMK library and the information retrieval service Finna also after their graduation. As SAMK’s person of the year was nominated Student Services Secretary Kaisa Harja.

The Business Accelerator Entrepreneur of the year was selected during the Entrepreneurship Week. This year the award was granted to Laura Yläkorpi who has only recently opened her restaurant and catering business. 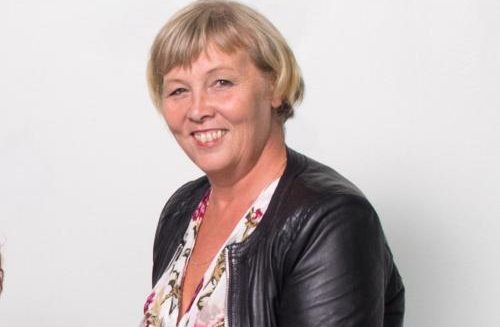 Senior Lecturer Merja Sallinen has been elected to join the 6-member Executive Committee of the International Organization of Physiotherapy in Mental Health (IOPTMH) for the next 2-year term.

York-Antwerp rules on General Average were revised during 2012–2016. Senior Lecturer Peter Sandell from Satakunta University of Applied Sciences was the first Finn to participate in the revision of these rules.
Sep 29, 2016 | Studies