SAMK Campus Rauma will host an international business case competition at the end of February. The preparations are well under way: cases are being selected, the competition office has been set up, the hotel has been agreed on, and social activities are being planned. Judges are sought for, and the qualifying round is on.

The staff members responsible for the NIBS Case Competition at SAMK are Marina Wikman and Anssi Pajala.

This is an annual competition which is held in different member schools of NIBS. A good number of teams have registered.

– Finland seems to be an attractive destination, says Marina Wikman who is responsible for the organisation of practicalities.

– Pedagogically this is a most interesting competition, Anssi Pajala comments. He is charge of the competition as a business teacher, and also for selection of judges, as well as the cases. He has coached SAMK team three times, and is very passionate about the competition. This time, being an organizer, he had to step down as a coach.

The students compete in teams of four. They read, analyze and solve a 10-20 page case, and present at least two solutions. The teams act as consultants, and the judges take the roles of the company.

The qualifying round takes place online in the middle of November. The case stays open for 10 days, during which the teams can participate at any time. They have eight hours and two computers, but no internet connection. The solution needs to be a concise report, containing a maximum of 1500 words.

– It is a professional product. Often better than that of real consultants, Anssi Pajala states.

It is a professional product. Often better than that of real consultants

The championship round is organized in Satakunta. The teams are assigned to divisions, so every team competes against everyone. During the first round the teams have 4 hours, i.e. only half of the time that they had in the qualifying round, and the product is a presentation. The teams have 20 minutes to introduce their solutions, after which the judges have 10 minutes to ask questions.

The championship round starts on Monday. Wednesday is the longest and hardest day. Thursday is a day off, and on Friday the competitors participate in the semifinals and finals. The winner is announced in the gala on Friday night.

SAMK has also set up a competition office. Two SAMK students, Anu Aalto and Xuelian Yang, complete their practical training working in the office. Each team will have their own ambassador, a SAMK student, who is responsible for making sure that the team is at the right time in the right place.

– This gives the students a wonderful opportunity for networking, Marina Wikman says.

There are many business education networks in the world. NIBS Network of International Business Schools is one of them. SAMK joined the network thanks to the suggestion of a strategic partner, ZUYD University of Applied Sciences. Many of SAMK’s Magellan partners also belong to NIBS.

– NIBS strengthens co-operation with the partners, and it is a dynamic network especially in student activities, Wikman and Pajala state.

NIBS International Case Competition will take place from 26.2.-3.3.2017 at SAMK Campus Rauma. The network also has an annual business plan competition, which is organized completely online.

NIBS coordinators Marina and Anssi: “This spices up the job”

Marina Wikman and Anssi Pajala are in charge of taking care of the NIBS Case Competition at SAMK. They do it because they find it both challenging and fun. Who are they and why do they enjoy working internationally with students?

SAMK's students Anu Aalto ja Vu Do run the NIBS Case Competition office. They are there to make sure everything works as planned and information is given promptly. In this article they introduce themselves.
Sep 29, 2016 | Studies

SAMK will serve as a host and organizer of an international competition for business students on Rauma Campus in spring 2017. NIBS Case Competition is organized annually in different countries.
Jun 30, 2016 | Business

Even one new customer in highly competitive sectors is a big deal. Students have been actively learning hands-on international sales work. 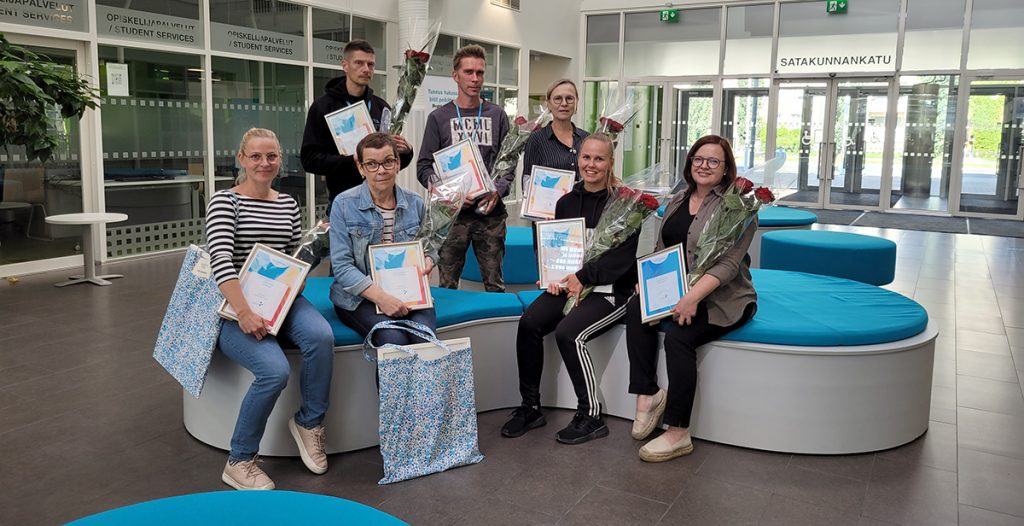