The world of work is changing. Students need new skills and competencies to meet the requirements that they face in the future. Read more about the conference speakers.

Keynote 1: From Reactivity to Proactivity – How Will Teaching Change Over the Next 20 Years? 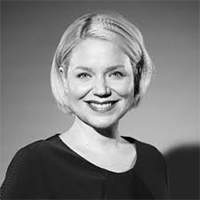 Dr. Essi Ryymin works as R&D Manager and Principal Lecturer at Häme University of Applied Sciences, School of Professional Teacher Education. She has 20 years of experience in educational, corporate and governmental institutions in RD&I, competence development and international affairs. Her current interests include digitalization, research-based design of training innovations and future skills. She works across diverse industries, as the world does not respect the boundaries of academic disciplines.

Keynote 2: Designing the Next Research and Innovation Framework Programme of the EU – State of Play

Pia Laurila is Policy Officer at the Directorate-General for Research and Innovation of the European Commission in the Unit ‘Spreading Excellence and Widening Participation’. Her responsibilities include, inter alia, contributing to the generation of greater synergies between the Framework Programme for Research and Innovation and the European Structural and Investment Funds – the policy ambition that is aimed at building interactions between the two policy frameworks and their strategies and thus ensuring a higher impact. Synergies are also an important component of the Widening actions under the 'Spreading Excellence and Widening Participation' part of Horizon 2020 for which her Unit is responsible. These actions address the causes of low participation in the Framework Programme by some Member States, mainly those that joined the EU after 2004, and are aimed at fully exploiting the potential of Europe's talent pool.

One of Pia's main tasks is supporting the development of the research Joint Programming Initiative 'Urban Europe – Global Urban Challenges, Joint European Solutions' on side of the European Commission. Furthermore, Pia is responsible for the activities of the Knowledge Exchange Platform established between the Directorate-General for Research and Innovation and the European Committee of the Regions. Before assuming her present responsibilities in 2011, she worked several years for the FP7 Socio-economic Sciences and Humanities Theme in DG Research and Innovation, and during this period, her tasks included the research programme development in the area of regional and rural economies and management of the related FP research actions.

Ramón is currently working for swissuniversities as a Trainee for UAS4EUROPE, an informal network promoting the voice of universities of applied sciences in Europe. Ramón studied both at the St.Gallen University of Applied Sciences in Switzerland and at the Laurea University of Applied Sciences in Finland. He graduated with a Bachelor of Science in International Management. As a working student, he participated in several national and international consulting projects in various industries and sectors. Previously, he worked at Nationale Suisse Insurance and Yjoo Consulting. 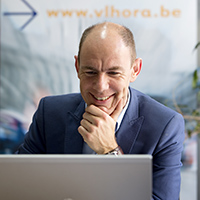 Since 2011 Bruno Van Koeckhoven (1973°) is working as Policy Officer of the Rectors’ Conference of Flemish UAS’s (Vlaamse Hogescholenraad - VLHORA). As an advisor he is specialized in the field of Research, Innovation & Development (RDI), Personnel Legislation & government reforms on HRM-level and the Flemish Schools of Arts. Since 2017 he is appointed part-time as Secretary-General of UASnet when the secretariat was moved from The Netherlands to Brussels. From 1 June 2018 UASnet will take the chairmanship of the informal UAS4Europe-platform.

Previously, Bruno worked for more than 7 years in the Belgian political world as Personal Advisor to different Members of the Belgian Parliament and also a Policy Officer at the cabinet of the Minister of Migration & Asylum. Before he worked more than 5 years as Advisor and Project Manager at the governmental office of the Commissioner-General of Refugees & Stateless Persons. Bruno has a master in Ancient History and studied one year in London at King’s College. Subsequently he postgraduate in International Politics at the KU Leuven (Belgium). 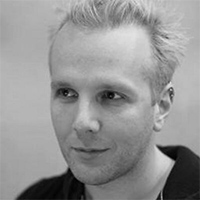 Mata Haggis (1977°) is a Professor of Creative and Entertainment Games at NHTV University’s Academy for Digital Entertainment. He is an experienced Game Developer and has worked both independently and in high end games development contexts. His latest game, Fragments of Him (2016), is an industry collaboration and has been described as ‘groundbreaking’ by The Huffington Post. In the same year he was appointed as an expert in games development by the EU’s EACEA (Creative Europe) program.

He joined the UAS NHTV in 2010 as a senior lecturer and took on the role of associate professor in 2015. He has assisted in restructuring the Bachelor’s curriculum to an innovative ‘role-based learning’ structure and taught on the two ADE Master’s courses. His research focuses on understanding how games form a dialogue between developers, players, and wider society, particularly in the areas of diversity and inclusivity.